Consumer TV is constantly changing in response to new technologies and public demand. Here are just a few of the new features and products that you may have missed!

Within the last five years, 4K technology has been introduced into the consumer market to very high appeal. So much so, in fact, that the worldwide market share in 2017 was comprised of 37% 4K TV and above, a number which is expected to rise to around 43% or higher by the end of 2018. The biggest players in the market, however, don’t hang about. Technology is improving at an alarming rate, and while the rest of the world is still transitioning from 1080p, big players such as Samsung are already racing ahead with 8K TVs.

Samsung’s flagship 8K product comes in the form of the stylish Q900R range. Available in 65”, 75” and 85” sizes, it features Samsung’s trademark QLED technology paired with HDR for 100% colour volume* and optimal brightness. Aside from a host of other supplementary features such as the One Near-Invisible Cable, inbuilt Smart TV and Ambient Mode, the Q900R’s AI upscaling technology transforms any content you play into the crispest and most defined image it can be. No matter what distance you are from the screen, don’t just see the pixels, see the whole picture.

Since its initial inception, OLED has been adopted by a variety of brands. Standing for Organic Light Emitting Diodes, these single pixel light sources can glow or switch off individually to create fantastic levels of contrast, from the brightest colours to the blackest blacks.

LG brought OLED technology to the consumer market in 2010, and by 2015, had signed a long-term manufacturer agreement for the exclusive rights to supply the very best in OLED materials to other brands. As expected, LG’s Consumer TVs reflect this technology in their near-perfect light balance.

As seen above, OLED also requires less layers than a conventional LED TV, meaning that LG are able to sell some of the thinnest screens currently available to consumers. Take a look at this brand new Midwich TV segment on the LG B8 model:

It’s 2018, and Hisense have added a radically new product to their Consumer TV line up. Their brand new 100” Smart Laser TV is unlike any other – simply install the 100” screen, which sits flush against the wall, and the ultra-short throw console can achieve laser-sharp detail from a distance of only 19cm from the screen. Plus, there’s no need for a darkened room – experience 4K UHD TV in fantastic contrast with anti-reflective screen technology.

More often than not, the focus lies with the picture quality of a screen. In Sony’s case, the image already speaks for itself, but there’s also a lot going on behind the scenes with regards to processing power. From their standard 4K HDR Processor X1 all the way to the Picture Processor X1™ Ultimate, enjoy premium features such as Object-based Super Resolution, Object-based HDR remaster, Super Bit Mapping 4K HDR, Dual database processing, Dynamic Contrast Enhancer, and Precision colour mapping. 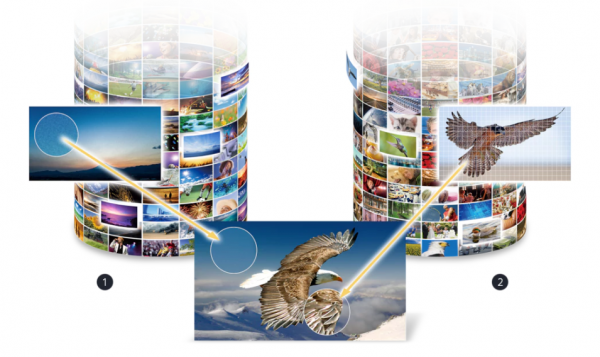 Compressed noise is identified by the database which includes "before and after” data on what a picture should look like and removes the compressed picture noise.

LEARN MORE about the HDR and Sony

UK-based manufacturer Cello have recently launched their first QLED Smart TV at a highly competitive price point. It runs on an Android 7 Nougat operating system and offers a range of features including Cello Play (loaded up with YouTube, iPlayer, ITV Hub, All 4, My5, and UKTVPlay), so your customers can watch all their favourite shows in up to stunning 4K quality. All units are manufactured locally, and at an RRP of just £799 for a 55” model, what’s not to like?

You can save up to 40% on selected products in our Black Friday sales:

VIEW all our midwich OFFERS

New offers will be added throughout November!