Future LED Trends: What to Look for at Tech Xpo

Tracking developments in LED technology isn’t easy. Versatile and responsive, LEDs soared on a wave of innovation and improvement since it was introduced. And with good reason - it’s packed with potential.

At Tech Xpo there's a chance to pause, reflect and…plan! To see how far LEDs have come, where it's going and scope out what this means for you!

With that in mind, here are some LED trends to look out for.

The Future of Filmmaking

Virtual production has changed that by bringing those separate processes and toolkits together. Using real-time technology, the physical world and digital world sync to occupy the same space at the same time.

There are benefits to this. Virtual production creates an immersive experience that actors can draw on for a more compelling and creative performance. By viewing and interacting with virtual environments and characters during filming, actors can also adapt to what’s happening around them.

LED tech’s synonymous with virtual production. Referred to as The Volume, virtual production is brought to life through giant curved LED screens. The Volume creates a virtual backdrop that cocoons the physical set. 3D digital worlds are then projected onto The Volume, with camera tracking technology following the action live.

Using LED volumes, filmmakers can be more responsive. Without waiting for post-production, they can experiment with angles, extend settings and switch scenes or locations in minutes. And without the limitations of green screens, create true–to-life lighting effects.

These efficiencies are lowering the barrier to entry to filmmaking. They’re giving a new generation the chance to contribute and compete in a previously closed world. Which makes virtual production the future for the many, not just the few.

Is Xr the New Reality?

Whether it’s a concert, live broadcast, business convention, product launch, or sporting event, most of us have experienced extended reality (Xr). But we may not have fully appreciated or understood exactly what we were experiencing.

There are reasons for this. The market’s grown rapidly in a short time. It’s now worth $209 billion (eight times its value three years ago). And for most of us, the pace of development has meant experiencing it as a concept, before fully understanding it.

Then there’s the phrase itself. “Extended reality” is a blanket term. It encompasses all immersive technologies that blend physical and virtual worlds to create computer-generated environments. (Virtual production is a good example of this). Some of those immersive technologies already exist. Some have yet to be imagined.

There’s the challenge. Can we understand a concept still being defined?

The truth is, there’s lots we know about the three immersive technologies that form part of the bigger xR picture.

Let’s start with Augmented Reality. AR is where 3D-generated graphics are placed within a live or physical background using a screen or viewer. Real content remains the focus, but it’s enhanced. Filters in Snapchat or overlays in furniture placement apps are good examples of AR.

Unlike AR, which is grounded in the physical world, Virtual Reality immerses the user in a simulated environment using a headset and controllers. Popular in gaming, VR is also used in sports training and simulation tasks.

So, what is Mixed Reality (MR)? MR forms a hybrid world that blurs the line between the real and the virtual. It creates dynamic and immersive virtual environments by projecting content onto LED screens that envelop the entire physical space.

MR takes on both leading and backstage roles. It’s in the spotlight at packed sports stadiums and entertainment venues. But it plays a supporting role in schools and universities, giving students interactive experiences to grow knowledge and understanding.

We’ve covered AR, VR and MR, that just leaves the tech yet to come. Watch this (virtual) space!

Leading the Way in LED

Developments in LED are worth keeping track of. And Tech Xpo is the place to do that. So, what to look for? Leading lights in the world of LED, Absen, Samsung and Sharp/NEC’s stands are the place to start.

Alongside the award-winning PL2.5 LED display, Absen’s also showcasing the robust AX1.5 display, an easy-to-use, miniLED display that delivers the ultimate visual performance with the latest cutting-edge technology. Thanks to its 4-in-1 pixel configuration, the AX1.5 provides over double the strength of traditional LED screens with the same pixel pitch, making it ideal for the rental market.

Having expanded into Europe, Absen’s UK team is excited to attend this year’s Tech Xpo. They’ll be on hand to talk about these and other products, including Absen’s best-selling fixed installation LED range, the flagship A27 Plus series. 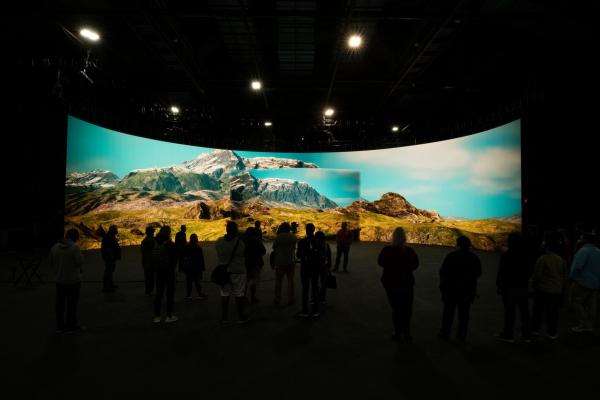 With All-in-One, Samsung’s reinvented the installation process. Bringing ease-of-use and accessibility to all, display set-up is as simple as installing a consumer TV. There are no complicated configurations or assembly instructions to contend with. Instead, its pre-adjusted seam, ‘Pre-Assembled Frame Kit’, built-in control box, and seamless docking connections combine to lower the installation time to two hours.

This simple set-up reduces the total cost of ownership, making All-in-One a great option for both domestic and business environments. 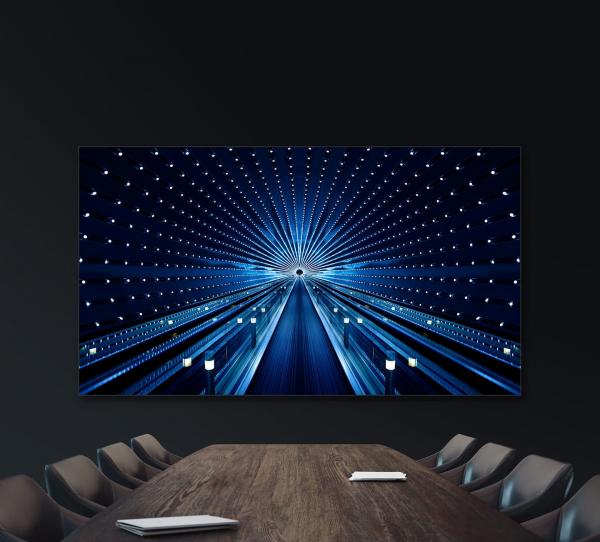 Update Your Image with Sharp/NEC

AV technology should support communication and collaboration across your hybrid teams, driving productivity, whilst helping you to achieve sustainability goals. It should also present the best impression of you and your business. If it doesn’t, it’s time to “Update Your Image”.

Bringing the advantages of fine-pitch LED to cost-conscious applications in corporate meeting rooms and digital signage, the NEC dvLED E series impresses with high-impact content delivery. At Tech Xpo, visitors can see how easy it is to integrate the slim profile, frame-free modules for large surface installations.

A Home for LED

Tech Xpo is a great place to experience LED tech in action. But there’s only so much LED you can cram into two days. If you’re feeling the love afterwards, the door of Innovation House is open.

The UK's largest multi-brand experience centre, Innovation House is a playground full of the latest AV, UC&C, broadcast, home cinema and rental solutions. Among the 50 brands on display, are LED products you can get to know better. Have a go yourself or get advice from an expert. At Innovation House, you’re at home, so anything goes.

Activity Based Working in Action: WeWork, Costa Coffee and GLG

Activity Based Working in Action: WeWork, Costa Coffee and GLG