Keen to help a million people fleeing the war in Ukraine, global audio-visual distributor, Midwich collected more than 50 boxes and bags of donations to handout to refugees feeling the conflict with Russia.

Communications and PR manager at Midwich, Ben Thompson, organised the appeal saying that the company "stands with the Ukrainian people". 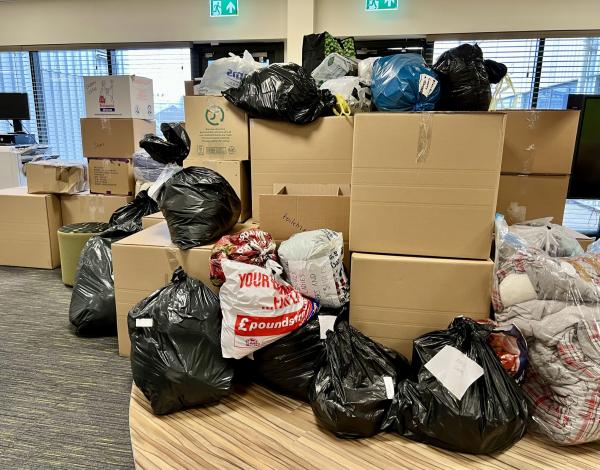 Over 50 boxes and bags containing donations for the appeal.

Mr Thompson added, "I spotted a Facebook post from a local church calling for vital supplies for women and children escaping the conflict in Ukraine.

I knew my colleagues at Midwich would support the appeal and within days, we had a mountain of items collected, and it just kept coming. People were going out in their lunchbreak and using their disposable incomes to buy items to donate, which is amazing."

The Midwich staff collected the donations over a four-day period, ahead of transportation to the Poland border, in partnership with a Norfolk based polish association. A team of volunteers at Midwich sorted the various donations into boxes and bags. The essentials included warm clothes, dry blankets, sanitary products, torches, medical supplies and sleeping bags. 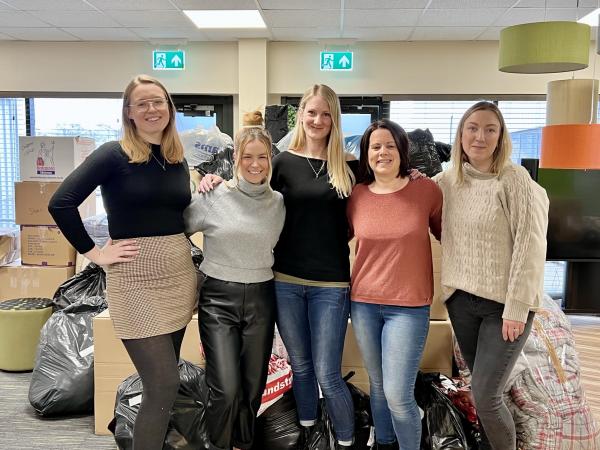 A school minibus was loaned to Midwich from Hewett Academy, which was used to transport the donations from Diss to a local church, ahead of the journey to Poland. 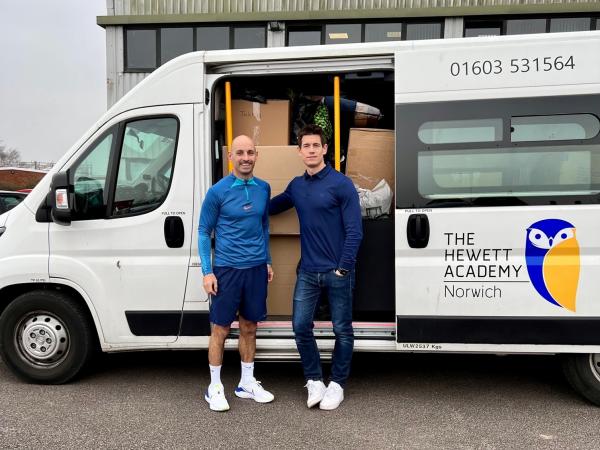