The NEC Showcase, 'Best in Show'

Last Wednesday and Thursday, as part of London’s Digital Signage Week NEC featured their 2016 Technical Solutions Showcase. Now in its 8th year we were thrilled to attend yet another breath-taking event in the centre of London (and fortunate enough even to catch a rare glimpse of HM The Queen, travelling to the Houses of Parliament!).

Sennheiser were major players within the Corporate area. The future of conferencing is focused on collaboration and their TeamConnect  wireless solution was perfectly placed, offering a super smart and uncomplicated way to connect your team and maximise productivity.

Featured in the Education zone were the AMX all-in-one presentation switchers . These was set up as part of a university teaching space, simulating the potential for student centred, interactive learning spaces – perfect for communal areas and libraries.

This expo really was the gift that kept on giving and with too many impressive features to choose from, here’s our 2016 highlights…

The Experience welcomed us with an out-of-this-world visual treat for the eyes. Peerless, Atlona and Harman contributed to the performance with laser projection, videowalls, LFD’s, edge blending, warping and 3D mapping techniques. 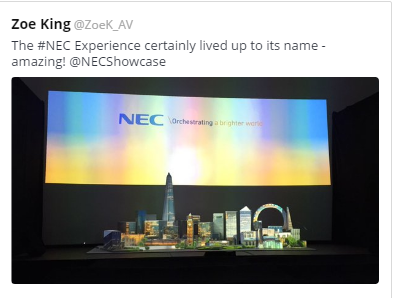 The next-generation multi-display controller launched at the showcase and is the latest, single box solution for creating high quality video walls. In action it’s the perfect solution for live events, public displays, retail and corporate environments; basically anywhere that you want a digital display over multiple screens. 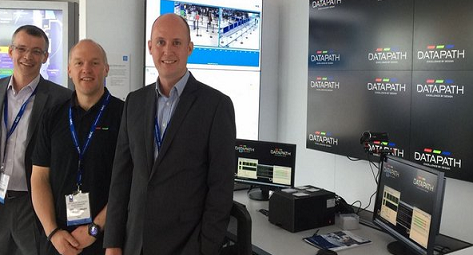 With its unnervingly slick intelligence, we were suitably stunned after trialling Retail’s ‘interactive Mirror’. NEC provided the 32” display featuring touch technology, able to intuitively shop with you, offering accessories and alternatives as your very own personal shopper would. 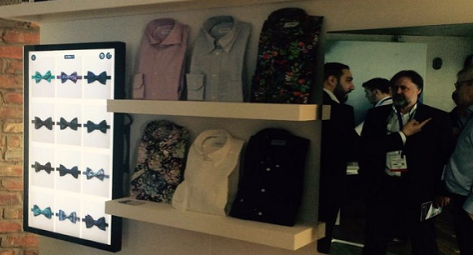 What a venue! 2016’s event was held over a total of three floors in Millbank Tower on the Thames, each with a natural flow through vertical markets and not forgetting the magnificent 360 degree views. Even though the two days were a little overcast you can never fail to be awestruck by the captivating panoramic of our capital city. 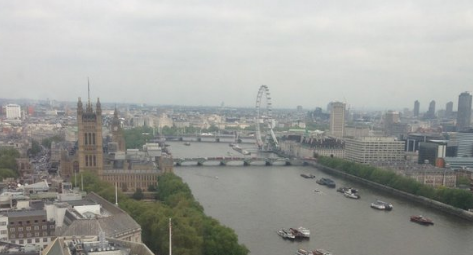 Spectacular views of Big Ben, The London Eye and The Houses of Parliament
Share
Last
Next