Midwich are hoping to scoop the AV Awards Distributor of the Year for the third consecutive year having successfully made this year's shortlist alongside some stiff opposition. If successful, Midwich would be the first distributor to win the award for three years in a row.

The 20th annual global AV Awards will take place at the Grosvenor House Hotel, London, on Friday 28th September, with over 1,100 key industry representatives in attendance.

Following our award submission and presentation to the judges, we made the shortlist alongside an illustrious line-up of fellow distributors, including: Exertis, Maverick AV Solutions, POLAR, and Sahara Presentations Systems.

“We’re absolutely delighted to be shortlisted and in the running to win  ‘Distributor of the Year’ for the third consecutive year, in a tough category alongside some fantastic competition.

“Huge thanks must go to all our staff members for their continuing hard work and we’re delighted we have been recognised once again. The support our team deliver to our customers, and to each other, alongside the investment they make in launching new ideas and getting new opportunities off the ground, all contributed towards our award entry.”

Check out some of the team below collecting the Distributor of the Year award at last year's event. 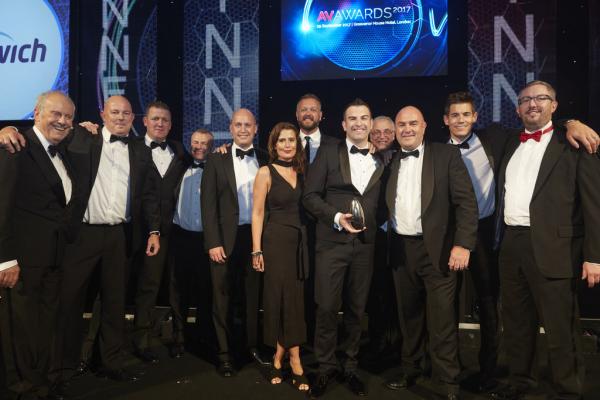