Digital information is a significant asset in oil and gas production. When key decisions hang in the balance, the successful delivery of advanced analytical data makes the difference and reduces costs through efficiency.

Recognising the value in transparent information, one of the industry’s leading independents wanted to use cutting-edge technology to share this critical resource across their global reach in a rapid and consistent manner. 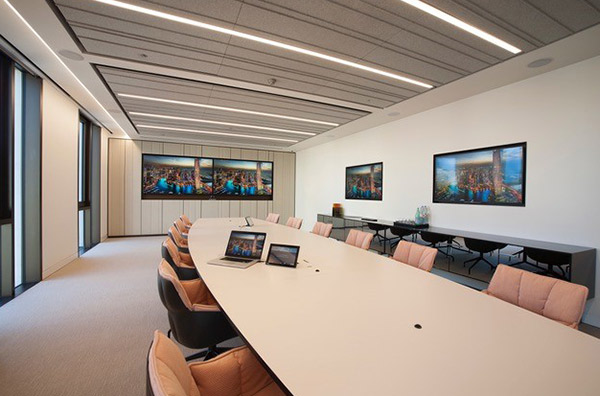 However, it wasn’t simply enough to have several disparate systems in play. What was required was an integrated solution, with an intuitive control system at its core to unify the technology and enhance business practise; presentation, communication and environment – all needed to be seamlessly and centrally managed.

Using this concept as a basis, the end-user engaged Avita’s Gary Duckman and Dan Copeland to design and implement a system that could be scaled across a range of differently sized and equipped spaces, while still retaining key features and a familiar user interface.

Considering the nature of the project and the broad functionality required, one manufacturer stood head and shoulders above the rest: AMX. Prior to the construction of their new Central London Headquarters, an agreement was made to streamline all future collaboration spaces utilising AMX NetLinx Processors, AMX Enova Digital Media Switchers and AMX Modero Touch and Booking Panels. 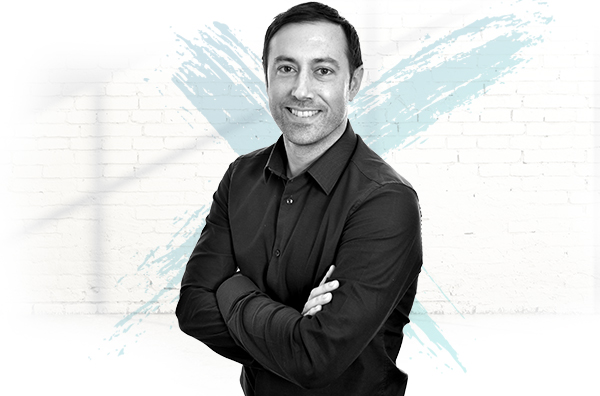 Naturally, Avita turned to its AMX partner Midwich to advise on the solution and supply the required equipment. Deploying its specialist AMX team, headed up by Nick White, Senior AMX Sales Specialist within the Midwich Technical division. Midwich ensured the project ran smoothly, ably assisting from the initial concept stage right through to implementation and post project support.

The end-user employs over 6,000 people across 13 countries, 300 of whom are based at the London Office. Having outgrown their Kensington premises, the end-user elected to build new headquarters in the heart of Mayfair. This clean-break in environment provided a great opportunity to examine the technologies used in meetings, conferences and training sessions.

Historically, user experiences had suffered at the hands of unreliable kit and inconsistent control; the belief that an AV system would respond in the correct way had completely diminished. As a result, more pressure was put upon the end-user’s IT Department to effectively operate the rooms, setting them up in accordance with the users’ needs and, more often than not, circumventing inherent system issues. This continued waste of resource was a key factor in adopting a new integrated strategy moving forward.

The end-user wanted a simple, reliable control system that offered a consistent experience across all collaboration spaces, enabling staff to enter any meeting and immediately be familiar with how to use the room and its various functions, ensuring that meetings could be started on time, every time. This was of particular importance to the end-user, due to the time-sensitive nature of the industry.

To improve reliability and security, AV systems were to be arranged in a semi-centralised topology. On each of the six floors, a Comms Room would contain the AMX NX Series processors, Enova Video Matrices, conferencing equipment and audio amplification required to run the rooms on that floor.

Presentation sources remained local to the room and AMX Enova Transmitters and Receivers were used to carry the signals back and forth from source to screen. To take advantage of the Enova 4K video backbone, Sony 4K Commercial displays were used to provide peerless image quality and robust compatibility with AMX control code.

Avita Tech Limited who specialise in audio visual integration, IT and telecoms infrastructure was engaged to design, manage and implement the project. Avita has considerable experience in AMX and its range of products, delivering complex AV installations using AMX technology to clients such as GSMA and Medicines San Frontieres. 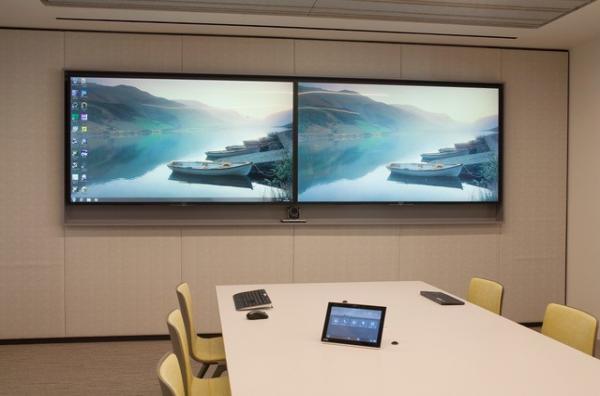 Midwich was instrumental in supporting Avita in this endeavour and had previously provided them with the means and expertise to become AMX Certified. Avita together with the Technical Team within Midwich hosted an exploratory meeting at AMX’s London showroom. The demonstration enabled the end-user team – which included key decision makers in purchasing, IT and marketing – to fully understand AMX capabilities and the potential the system offered.

The project planning phase was rigorous due to the ongoing construction and the state of the build. A full specification document was drawn up, taking into consideration the environmental concerns and the intended infrastructure cabling. Once the specification was approved, the details were provided to Nick White, the Senior AMX Sales Specialist at Midwich, who ensured availability of the required products throughout the project and gave competitive pricing to fit around the end-user’s budget.

Avita enlisted the services of an AMX VIP Programmer to develop the user interface using guidelines provided by the end-user. Having an experienced programmer on the team ensured that Avita could meet the end-user’s expectation of a clean, concise control scheme and guaranteed system reliability.  In addition, Avita’s AV Integration Team was trained in the use of AMX configuration software to commission equipment and upload control code. 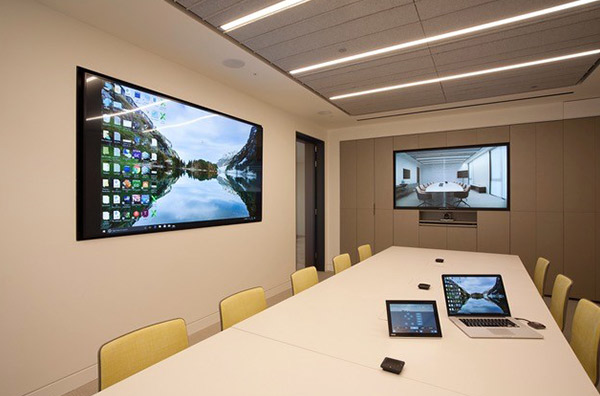 No two meeting rooms the same

In total, 24 rooms with several different configurations were integrated with AMX technology. Among the meeting room portfolio, the end-user now boasts five fully equipped offices for key executives, seven large rooms, a training room, a cafeteria and a variety of smaller meeting spaces.

Avita managed the entire installation, including:

The team also ensured that the AV equipment was integrated into the custom furniture and architectural features to an extremely high standard.

Through AMX Control Processors and Modero Panels, Avita has solved the problem of managing complex technology with a reliable, consistent and scalable solution that unifies control and automation, system-wide video and audio switching and AV signal distribution, room booking and technology management. Now when an end-user uses a collaboration space to deliver critical and detailed information, there is one point of control for every function through a highly reliable table top touch panel. 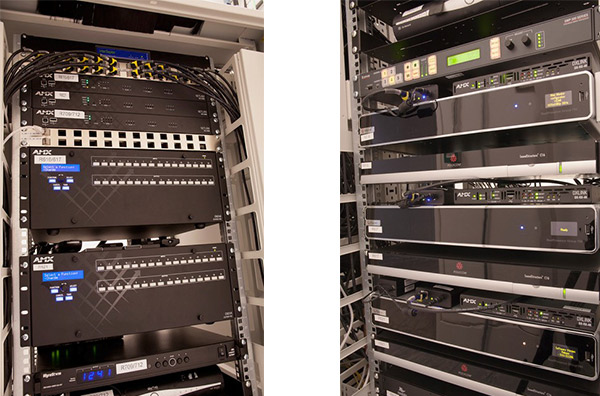 Due to the sheer size of the project it was delivered in stages, with Avita moving up the building floors as the construction and interior work was completed. Midwich’s flexibility and co-ordination of the AMX kit was invaluable at this stage. Midwich held, released and tracked stock items as required. The Midwich team also assisted in the configuration and supply of AMX Hydraport systems, ensuring all table connectivity was of the highest standard. 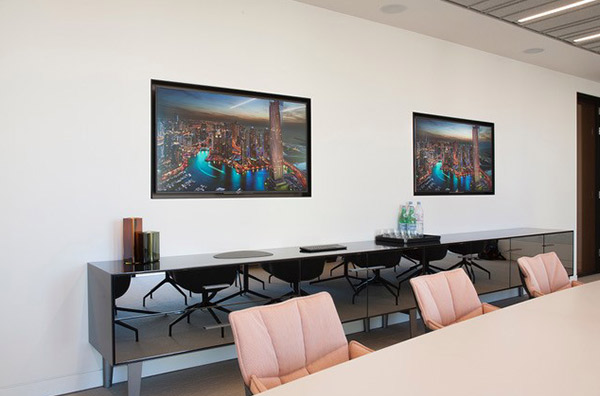 The Boardroom is typically used for large scale executive meetings and presentations. Featuring four Sony 4K displays, integrated video and audio conferencing, wireless and wired laptop connectivity and other presentation sources. By using AMX’s Smartscale technology, any source of any resolution can be sent as content via the video conferencing system, eliminating the need for a 3rd party software solution such as Webex.

It can also be used in the event of a crisis, adapting at the push of button and streamlining functionality to only the required level. All activity within the room is recorded using ceiling mounted cameras, embedded table microphones and the sources leveraged by the AMX Enova matrix. By achieving this, Avita have helped the end-user meet its own internal requirements and allowed them a complete record of the crisis response.

In support of Avita, the Midwich AMX team provided product details, equipment supply and supported during pre-sales, commissioning and installation during this exciting full-scale AV revamp. The final result is a London office, with a professional meeting room control system, where employees can share vital information via the highly intuitive and reliable AMX technology.

IT Manager, at oil and gas company, commented:

“Over the course of the project Avita have become a truly trusted partner of ours.  From the beginning of the project Avita listened to our needs and concerns and have ultimately delivered an exceptional solution which matches the uniqueness of our new Company home whilst providing the functionality we require from our audio visual system.  Post project support has been excellent, and we continue to use Avita to support and maintain the system.”

“We are proud to have worked with Midwich to deliver this project. We can always rely on the Midwich team to provide us with advice and, most importantly, hold the required stock to fulfil our requirements, regardless of the size of the task. Our relationship with Midwich has been instrumental to our growth as a business in the AV sector, and the team has been incredibly helpful at every stage in the project.”

“Being part of such as prestigious large-scale installation really plays to our skills. We have both the AMX expertise and our product knowledge ensures that all parts were accurate and delivered in a timely fashion, ensuring that the project was completed on time and to specification.”

An independent oil and gas company, with a balanced portfolio of producing fields, development projects and exploration prospects. This Anglo-French oil and gas company has headquarters in London and Paris, and activities in 16 countries, and production equal to approximately 450,000-barrel (72,000 m3) of oil equivalent per day.

The Midwich Group Plc is a specialist AV and document solutions distributor to the trade market, with operations in the UK and Ireland, France, Germany, Iberia, Benelux and Australasia. Employing over 650 people across the Group. It has long-standing relationships with over 300 vendors, including blue-chip organisations such as Samsung, LG, Epson and NEC, supported by a comprehensive product portfolio across major audio visual categories such as large format displays, projectors, digital signage and printers. The Group operates as the sole or largest in-country distributor for a number of its vendors in their respective product sets.

Experts in Audio Visual integration, Information Technology and Telecoms for close to three decades, Avita provides AV and IT systems design and consultancy, installs new systems and augments existing solutions, delivers full project management services as part of all installations and offers AV and IT support services for new and existing clients. Comprised of a diverse team of engineers and technical staff, who are trained to the highest standards in a variety of disciplines, Avita specialises in the supply and integration of AV and IT solutions from manufacturers such as AMX, Microsoft and Barco.